Cards From The Coach

Put me in coach. I'm ready to trade. Today.  In truth, it was mid-July. Coach Tom needed Big League help - or was it biggly help? Well he got Big League. Desperate for anything baseball, a  friend and I opened a stack of packs. I helped a couple of pals knock some cards off their wantlists and they each rewarded me generously. I shared my goods from Shlabby last week.

P-Town's thank-you included a card from a set I'd never seen. This insert is from 2000 Pacific Invincible, Kings of the Diamond: 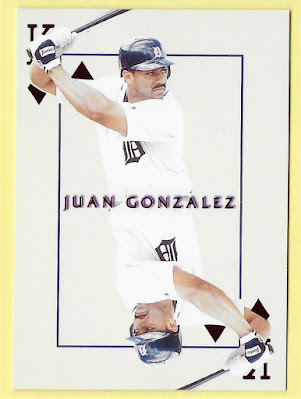 I won't go off on my regular rant about Juan Gon. His was one of my first player collections when I followed the Rangers in the early 90s. By 1999, I was over him and so were the Rangers. He was traded to Detroit. Baby Juan wanted the Tigers to bring in the fences so he could knock his balls out of the park. They did not and he left, taking his balls with him. This is a cool card and fits nicely into the Tiger collection.
How about this 1978 Hostess Milt May, a fix for my sweet tooth - cut out with loving care. The black still shows around three sides of the card. 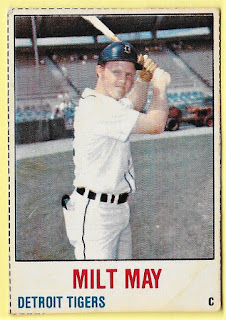 Big League help was in store for me too. Orange parallel Tigs and a Tuve;

I was so disappointed the day I learned Shoop was a Shcope.  The 2020 baseball season is what it is and for him, that was 44 games. Schoop suffered a wrist injury ending his season early. What IS early in a 60 game season? I never saw the Tigers play this year. My only source for baseball is satellite tv. No cable out in these here woods. Satellite innernets allow no quality streaming options. Watching a box break can be painful.
Tom pulled a special card from his Big League and teased me with it on his blog. I assumed it was me but it could've been any Tiger fan who also enjoys catchers. Can you spot the card?

That's a fun little autograph on Jake's first Big League card! I'm sure his parents are proud.  He didn't make an appearance this MLB season but there's always next year.
Tom, thank you for a fun swap!
I have to be honest with you, my reader friends. This has been a tough year for me and the game. The sting of the Astros scandal hurt a lot this spring. The Tigers had little to offer, during another year of their life-long [my life] rebuild.  The season shut down before it began and then, the waiting. By the first of July, I really didn't care anymore. The ginormous salaries have disgusted me for sometime. Trout signs yet another ridiculous contract. Talent is one thing but come on - no athlete is worth these sums of money. I look at the world we are living in right now and realize none of this truly matters.
How is my collecting and an occasional hoarding mentality making the world a better place to live? The hobby is fun and more so when shared. I find less joy collecting new players. I narrowed my focus to four players - and two of these fellows are deceased. The living are Posey and Altuve. I enjoyed a little Stadium Club this past month but new cards haven't meant much to me this year. I can tell you what has made the difference for me. You.
My fellow collectors - readers and bloggers alike - you have made my year better. Generosities have been many with freebies everywhere. I put up my Pick Pockets tab in January. It took sometime for folks to find it but you did. That made me happy. I love sharing and giving. This blog has given away over 1000 cards this year. I know because I've kept a spreadsheet - who picked and when, and how many cards. And the year isn't over. So many of you have used this opportunity to return the favors, knocking cards off my wantlists. Thank you for this. Maybe giving away a few cards is making your day a little brighter. Perhaps that matters.
So about those Pickpockets. The tab is down for a couple of days while I update the page and add new cards. You'll see it this weekend, probably Sunday afternoon/evening. I have the cards ready to scan and upload. I am still offering cards to anyone who stumbles across this blog for the first time. Cards have been designated for trade pals and regular readers. This will not change. I think it's important to reward my trade pals first. Going forward, trade partners get first picks. For the first 7-10 days, it's trade pals only. After that, I'll open the page up to regular readers too with an announcement on the page for "open-trading season".  I have 3000+ cards to choose from every time we have a new round. As long as I can afford the postage, your virtual dime box will be here - and free.
Thank you for keeping the hobby fun and for supporting this blog. And with that...

It's Round Six! Your candidates are factory sets!

1987 Sportflics offers a complete 200 card base set with an additional 136 Team Logo Trivia Cards, more aptly named 'trivial' cards. Many of these little buggers find their way to file 13. Trivialities aside, this set is full of star cards. I believe this set is also known for the first use of a color player photo on the card back. Feel free to correct me on this...and risk having your ballot voided. LOL. 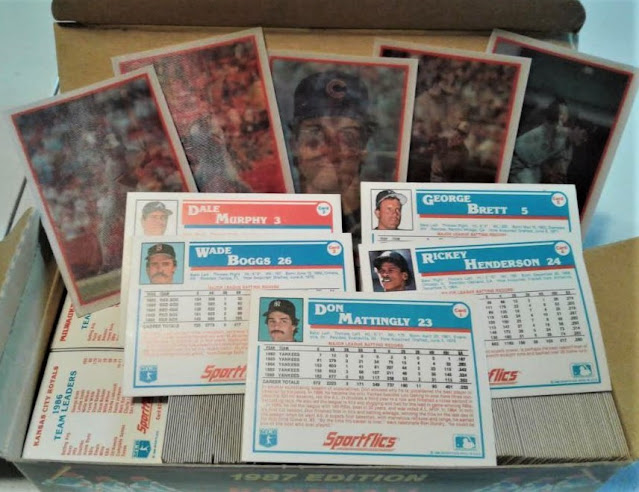 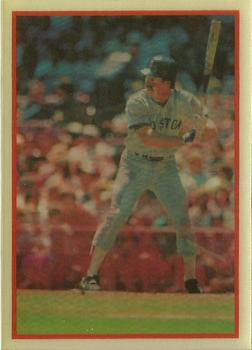 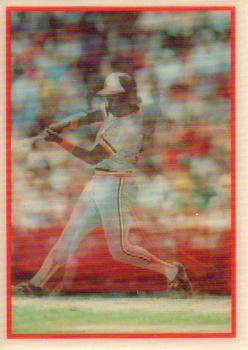 Not a fan of the 'flics? Well Candidate B is vying for your vote! In fact, it's been pining for acceptance since 1989.  Bowman is back! With it's annoying, slightly oversized design, 89 Bowman has been filling dime boxes since 19...89.  [?]  But - and there always is one - what about that Griffey Jr rookie card?  This factory box is still sealed. Junior is likely as minty fresh today as he was upon insertion. One thing this box offers you - storage for the 484 card set. 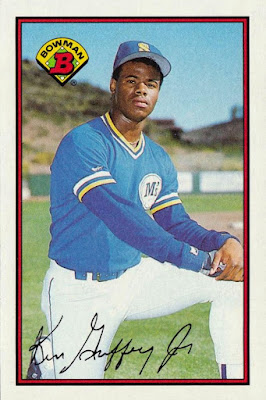 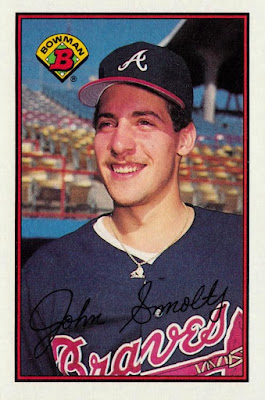 Are you whining? This is a serious election. Faced with candidates that may not appeal to you, will you vote anyway?  Every vote counts at the end of this election. Consider these cards trade fodder or add them to your collection. Per usual, a rule recap is in order:

This prize package is growing. Mail in votes count too. Cards from Tom and Shlabby netted them each a vote. Any cards received on or before November 3rd  count.  November 4th = too late.
Now get to votin'!  Please?
Posted by acrackedbat