MONTHS MAY PASS But These Cards Still Matter

Holy Calendar Batboy! It might appear I'm lacking in gratitude but it's only poor time management. I have scans saved which date several months back. Happiness would abound could I only manage a weekly post. I have fantasies wrapped around daily posts but these are truly dreams. During the week, I have three hours of free time available each day. That's all.  It's simply impossible to live a whole life within those three hours and a weekend. So while we are here, let's take a trip back in time...

It's September 2017.  Days are warm but evenings are beginning to cool into the 50s. The Astros are two months away from winning their first championship. I'm in the midst of a filing deadline.  Our resident Rockies collector Infield Fly Rule just sent over a few cards missing from my Tiger team sets and some for a mini-collection: 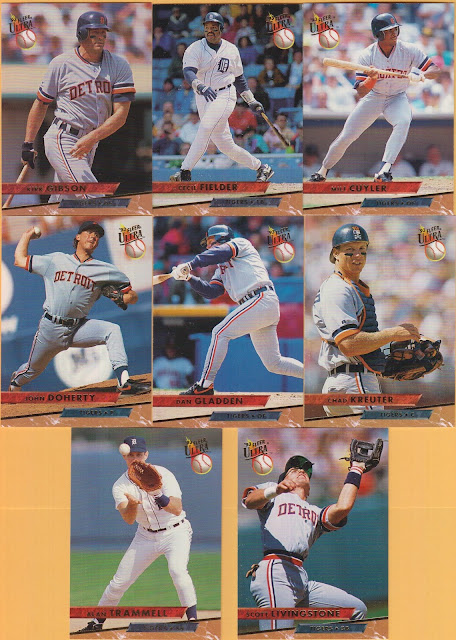 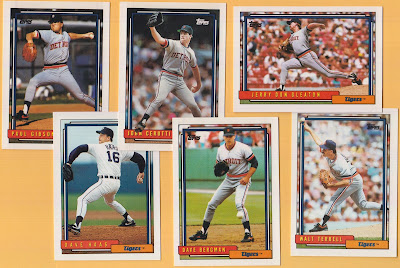 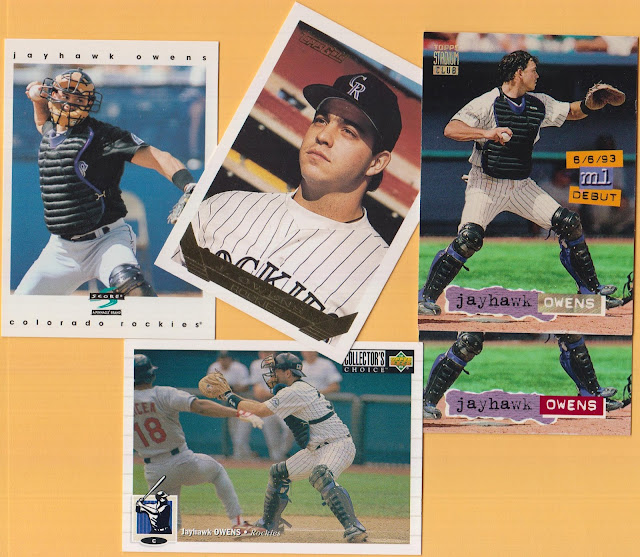 Adam sent my first J. Owens three or so years ago.  Before I'd begun a full-on catcher collection,  these were simply fun.  I do keep any new cards that come my way with an Owens on front. The exception would be HENRY.  I have one HENRY and that's more than I [or anyone] ever needed.  Send me no Henrys and we'll all remain friends.

Around this same time, Chris The Collector was doing rounds of  50/50 Trades.  He sent 50 cards of your team for 50 Reds.  I believe we managed a 100 card swap. I received Tigers, Astros and a few for PCs. This was our first trade: 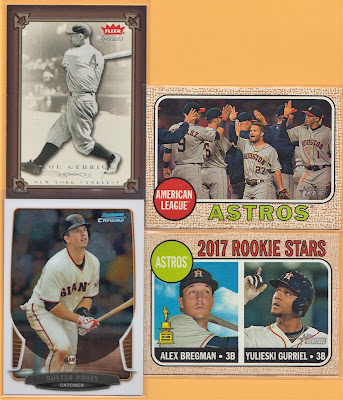 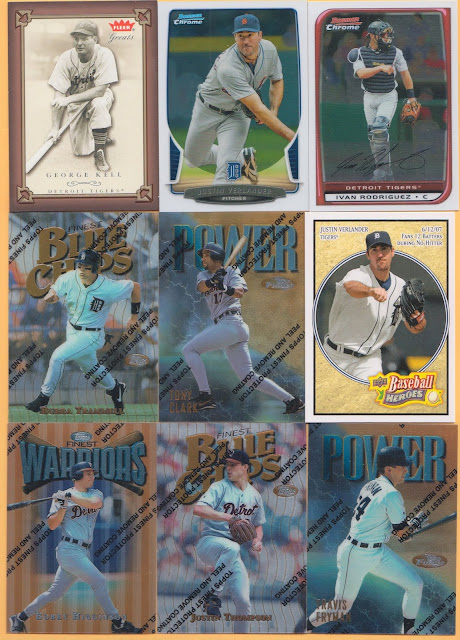 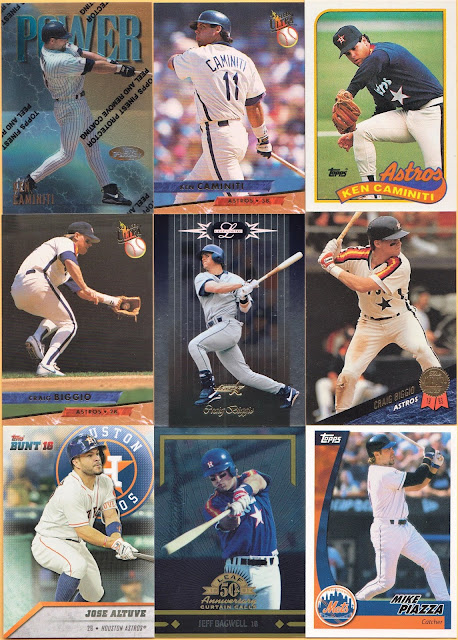 So much greatness going on here. I was most excited to find cards for my PCs. With the exception of Piazza, many of these guys were/are Astros! These Caminitis are special.  Thank you for reaching out!  We must do this again!

Skipping October, November brought much cooler temps and cards from Angels in Order.  Tom sent my first Manwaring. I gave his cards away countless times over the years. Now, I want them. Tom had a nicely framed 2013 Topps #'d 4 of 10 Scherzer on hand as well. 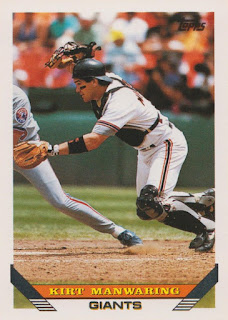 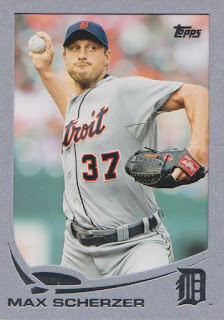 Four of Ten Scherzer?  Super indeed! But the real gems were these 1977 Pepsi cards with tabs still intact: 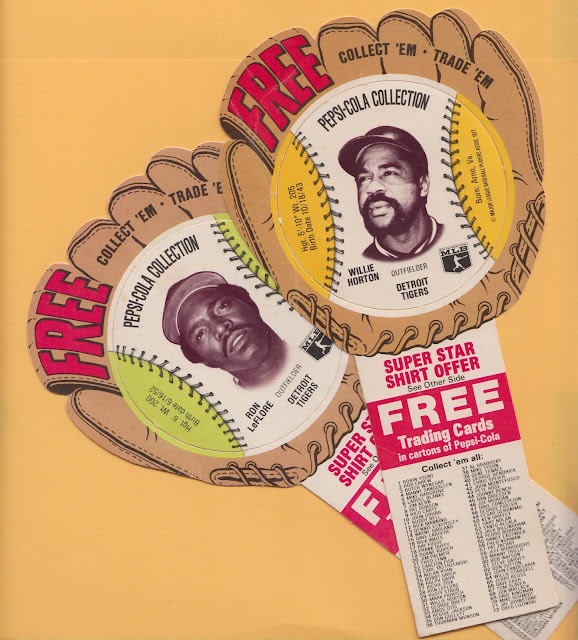 Inserted into cartons of Pepsi,  these discs pop-out of a glove-shaped tab which includes a checklist.  I've wanted a few of these!

This post was ready to go when another package from Tom arrived. One hundred cards evenly split between Astros and Tigers with a couple of pc guys tucked in! Tom collects checklists. He had the missing piece of my 1985 Wendy's set! Several cards were included from smaller set releases. 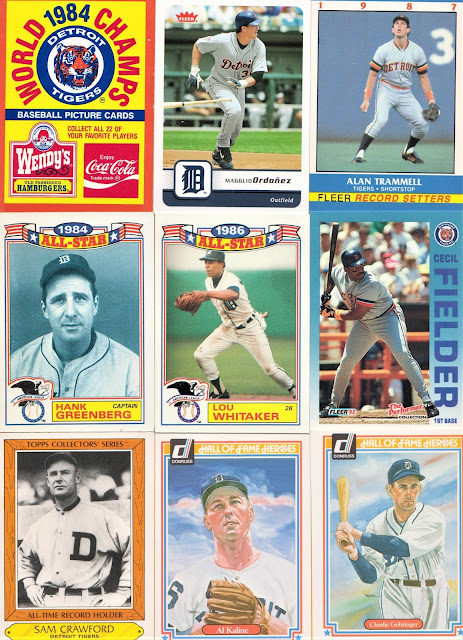 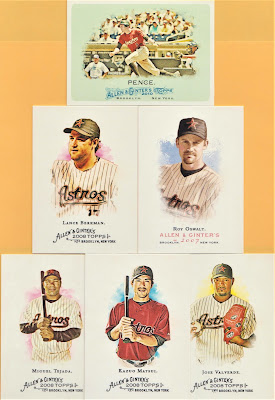 How about this 1996 Leaf Steel Derek Bell? My first taste of heavy metal cards. I know I purchased some of these upon release but have none left to prove it. I lightened the scan but it doesn't show well. 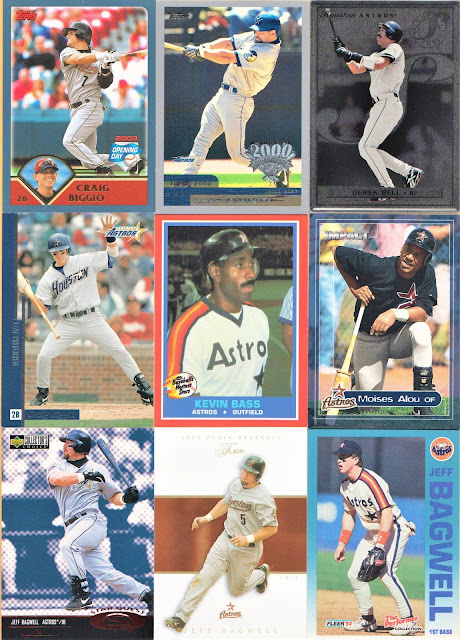 And finally, a classic from Classic - diggin' the beach umbrellas! Swinging for the shoreline was this Astros'  2nd round, 48th pick: 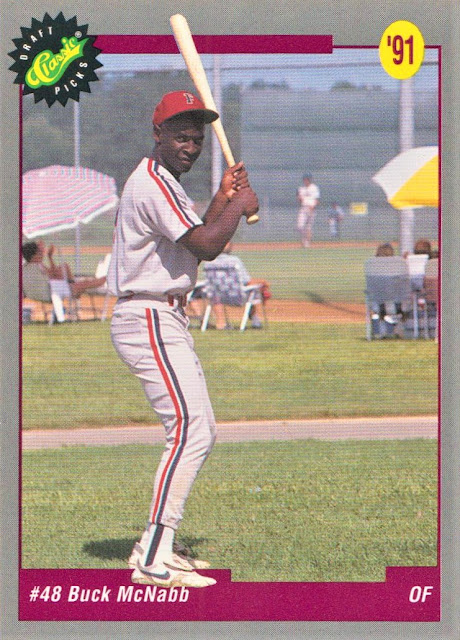 Thanks for your patience guys! If you've sent cards, I will share them!  'When?' is the question.  Hmm, another contest idea.

My next post will be a Dupe Dump or Dwindle winner and round three edition. I don't have space for all the cards being offered in my 3D posts. If you find a player has been ditched from my collection, it is not a reflection on his career, but rather my personal interests. Don Mattingly was the first to be completely eliminated. To keep this in perspective, I love Babe Ruth but don't actively collect a man that many consider the greatest of all time. It takes a special or oddball card to make it into my small Ruthian collection.  The hobby is big enough for all of us to collect in whatever way suits our interests.  Gotta love that!

Thanks for reading y'all!