A new week!  One free of any tax deadlines!  I usually go into hiding during those last two weeks around the filing day.  Now I can press onward with purging and sorting, enjoying the hobby at least til Mid-August.   I took a break from unboxing to clean a little more from the study closet - broke the wrap on and dismantled a 2002 Topps Factory set, keeping maybe 50 cards.  The rest are up for adoption.  Cards like Griffey, Thomas and Bonds are still in the box.

I also found a couple of Studio Boxes from the 90s.  The cards are probably stuck together by now but duty prevails.  I'll have these opened by the end of the week, hoping to pull a Heritage Collection insert or two.
I came across a binder for 1998 Leaf Rookies and Stars.  I loved this release at the time for the full bleed shots and inserts.  While packing up for the Michigan move in 2015, I looked the binder over but wasn't ready to let go of it.  I had 195 cards all paged with slots empty, waiting for those that never made the binder.  I will never complete this set, one with too many sp rookie cards, mostly players with rather brief careers.  I sorted through these and chose ten cards to keep. That leaves a stack of cards for trading, possibly a few for the next discard giveaway which is just around the corner.


I want to acknowledge more trades,  received only a few months ago. Only.   A.J of  The Lost Collector sent a nice lot of cards.  My favorite of the group is the Marquee Ty Cobb from 2011.  I like these cards and missed out on the release, a bit like a high end version of Stadium Club with four cards to a  box.  I'll take a Marquee in trade any day! 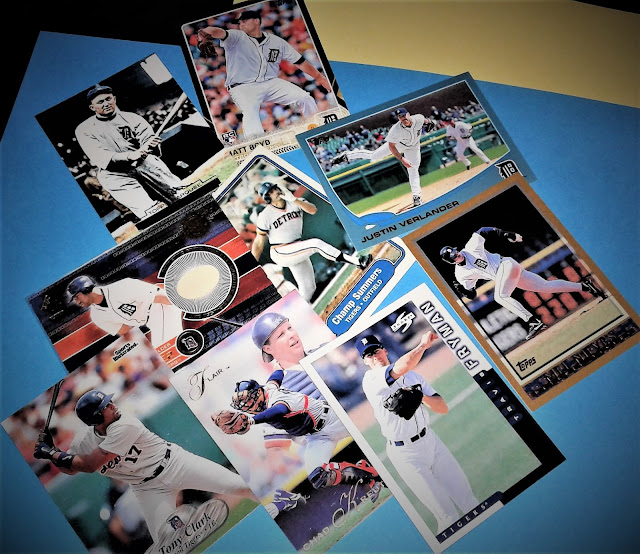 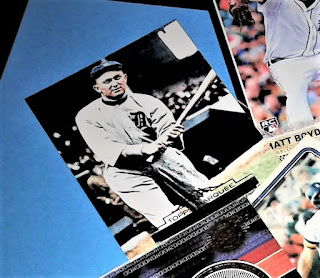 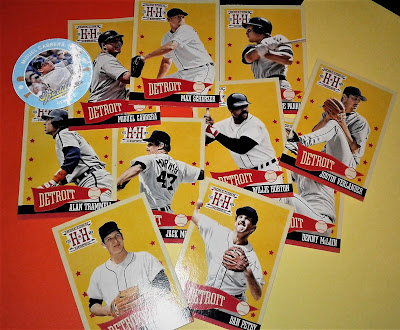 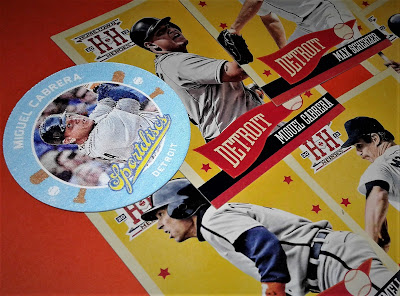 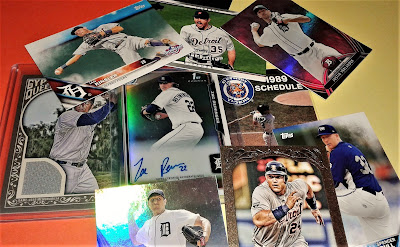 Douglas included a GQ relic and Bowman auto but I have to say, my favorites are the Sportsdisc and 1989 Schedule. Awesomeness right there!

Cards on Cards' Kerry Biggs sent a batch of 100 or so.  An assortment of Poseys,  Miggy refractor/99, GQ framed Tigers, and Heritage Rainbow Foil Kinsler were among the highlights. Hard to choose a favorite among these cards. 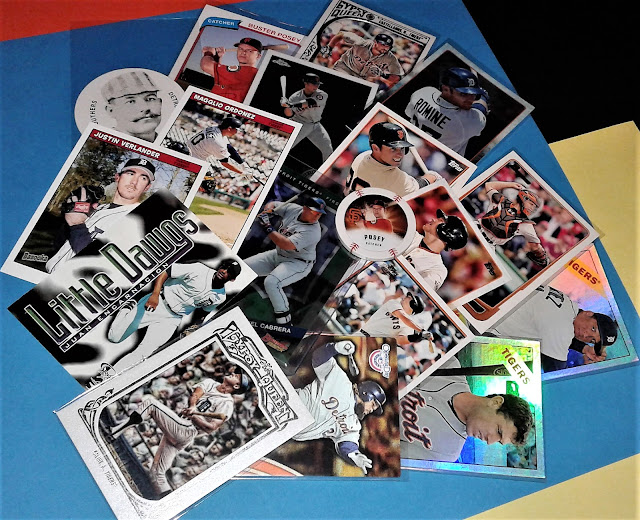 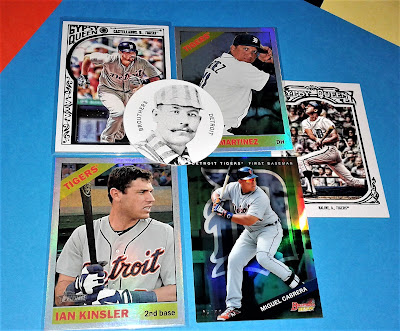 Thanks guys for the fantastic surprises.  Now that I'm sorting and arranging binders, these cards will be enjoyed all the more!   I have just a few more trades to share before lifting the ban. More discards will be given away.   Anyone out there collect back issues of Beckett???

Email ThisBlogThis!Share to TwitterShare to FacebookShare to Pinterest
Labels: 1994 Studio Heritage Collection, 1998 Leaf Rookies and Stars, 2002 Topps, 2011 Topps Marquee, Cards on Cards, Hollah for a Dollah, Sportscards From the Dollar Store, thanks for reading!!, The Lost Collector

We made it!  The long winter is over!  There may be snow on the ground somewhere in this country but I refuse to see it!   Yes, the pennant chase begins today.  I long to be a faithful fan but there is a fickleness within which could have me rooting for another team.  NO, I MUST FIGHT THE URGE.

I came across these fantastic cards  a couple of weeks ago.  They've been buried in boxes, waiting rediscovery.  From 2003 Fleer Fall Classics, Pennant Aggression is  a twenty card set.  I scanned a few to share: 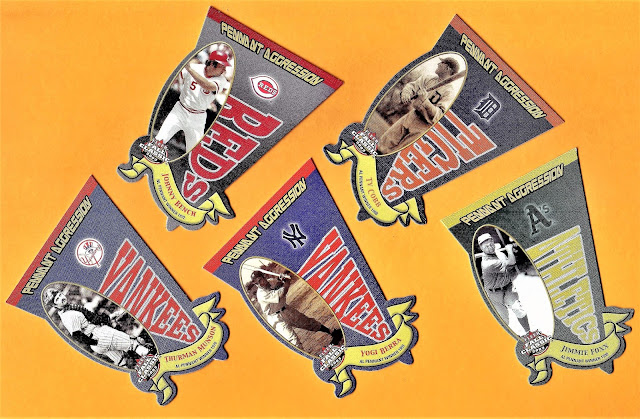 I picked up these non-sports cards at a show a couple of years ago because they were $3 for the lot of 12 cards!  Here are six which represent their overall condition.  Easy to see why I scooped them up! 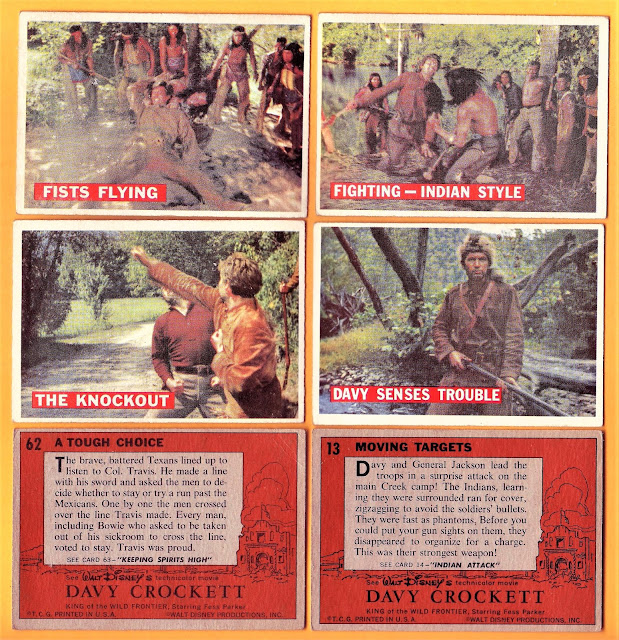 A couple of nice relics from 2004 SP Legendary Cuts: 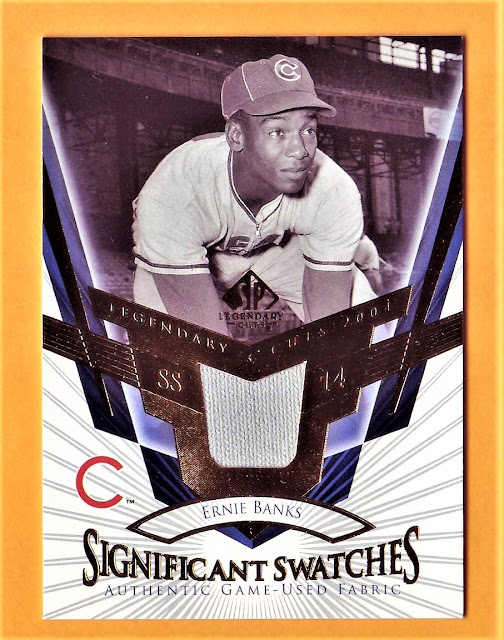 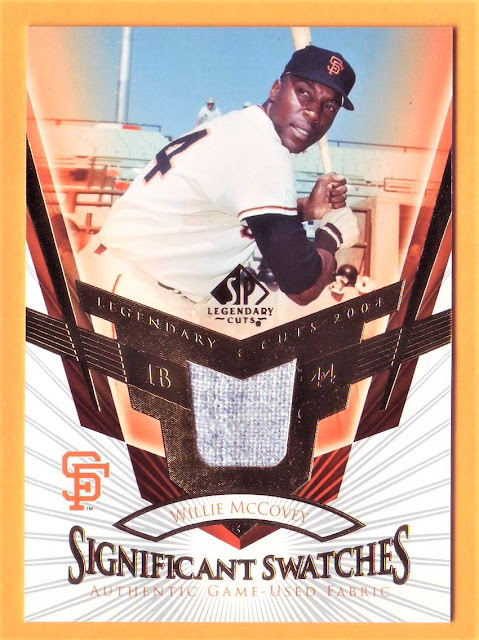 I also came across another forgotten but fun card which likely needs no intro: 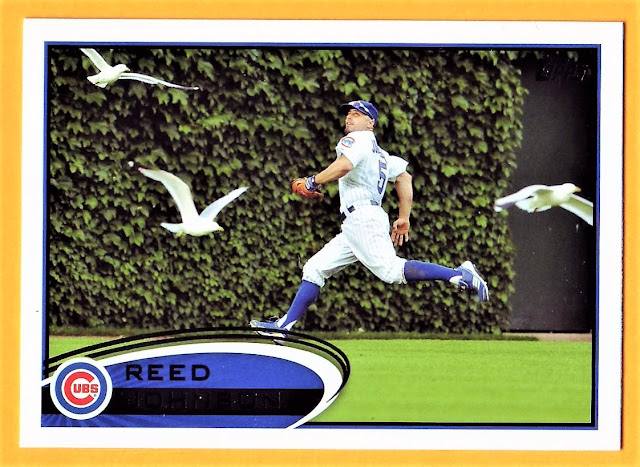 I recently saw Reed on the new Cubbie blog, Zen and Now and knew it was a must have.  I found it just a few days later, buried in a box. Happy I didn't purchase a second copy!  By the way, this blog brings another female fan to our community!

It's Opening Week in Baseball!  Here's to you my fellow bloggers and readers, it's a brand new year!