CRACK, HABITS AND THE BUCKSTORE

A cheap crack habit? Nah. Not sure what the price for crack is these days but I'm certain it won't be found for a dollar anywhere. What you will find here are some excellent trade packages received over the past several months.

Dollar Store Doug sent packages in  November and as recently as June. I've found sending heavy duty PWEs over the Canadian border works well.  If it were only that easy to send cards overseas to France!   Doug, be watching your mail receptacle! Here are a few of my faves: 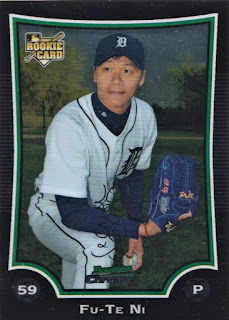 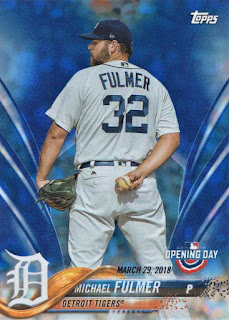 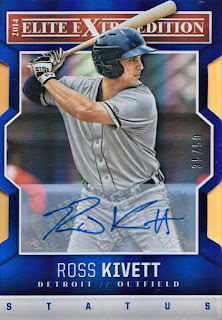 Kivett is riveting in blue! Nice card and auto! 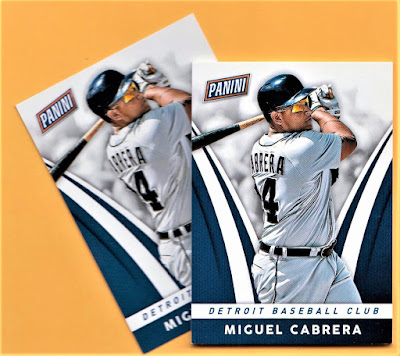 From 2014 Panini, the top card is extra extra extra extra thick - a short printed giveaway on Canada's Boxing holi-Day which falls on Dec 26th each year.  To say I know for certain what is celebrated on Boxing Day would be untrue. My internet pursuit revealed a couple of possibilities which may have both been true once or still are...  A: in the 17th and 18th centuries, wealthy employers gave boxed gifts to their employees on the day following Christmas. Boxes sometimes contained bonuses or leftovers.  Perhaps this tradition has morphed into B: after Christmas sales.

Doug was thoughtful to send a couple of packages my way, knowing how slow I am on returns to Canada.  Checkout his blog! He's the king of repack breaks!

Brewer's blogger and  Alaska's own Collector's Crack also sent a couple of packages over the past few months. Mark picked out a great assortment of paper to send: autos, wild colors, old dead guys, a little Pacifico. 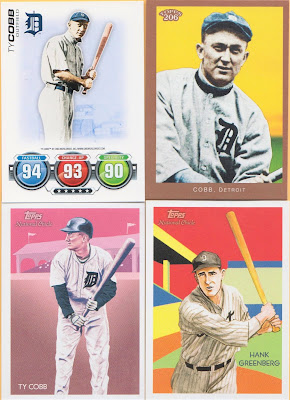 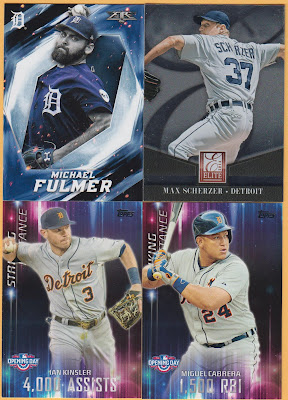 I won't apologize for giving Miggy flack. He's brought a lot of trouble on himself with poor decisions outside the game. Players are human and subject to the same challenges and temptations as any of us. Fortunately we don't share the same spotlight. If you want the big bucks, then perhaps you make better choices. Scrutiny is part of the game. Miggy appears to be on a rapid decline. I hope the past two years are exceptions. If 2019 shows no improvement, Miggy should man up  and walk away from his contract.

Mark, I can't top this package. I have a little something headed your way soon which includes a pack-pulled card from my own collection as a thank you!

Judson talks Rangers at My Cardboard Habit. I've been dumping my Rangers on him for awhile now.  It felt great to empty out some old Ranger PCs that mean little to me anymore.  Frank Catalanotto, Mike Lamb, Hank Blalock, Ruben Mateo, Carlos Pena...the list is long but I sent those boys back to Texas! In return, he sent a fat mailer with a 100 or so cards. 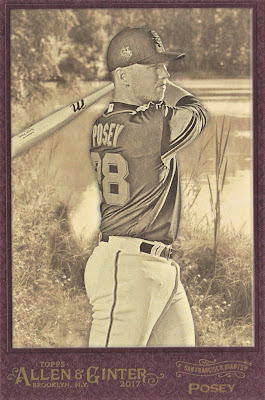 
I haven't been big on Ginter, picking up a few players here and there. 2017 wasn't much different but there was one insert set that got my attention with a good player selection and colorful design. Judson knocked quite a few off my want list.

He included a few Castellanos goodies: 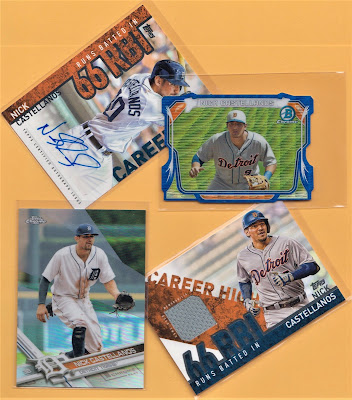 I've accepted the fact that I'll be slow to share until more time is available. Short of winning the lotto or finding a new job, it ain't a happenin' soon. So thank you guys! You make me feel special!

I'll be completely away beginning Wednesday for possibly two weeks, or more.  I have a small surgery scheduled which will make typing a challenge. Good thing I'm a righty since my left arm will be recovering from ulnar compression depression. The funny bone isn't.  Not a bone and not humorous - no joke.
Posted by acrackedbat 16 comments: