I've determined being one step ahead of the trade mail will not happen.  This is in no way, a complaint! Just yesterday, I received two more incredible packages: Off Hiatus Tony and Subjectively Arbitrary Brian.  Thank so much guys!  You do  know it will be the end of Summer before these are shared, right??
Mark  aka Cynical Buddha of Collector's Crack sent a great batch of cards in exchange for a big helping of 2015 Topps Update.  I was elated to see those cards out the door and on their way north - to Alaska.  It was a more than generous exchange because he included shiny cards, an auto and a low numbered Joc Pederson.  All for Update???  Let's Make a Deal!! 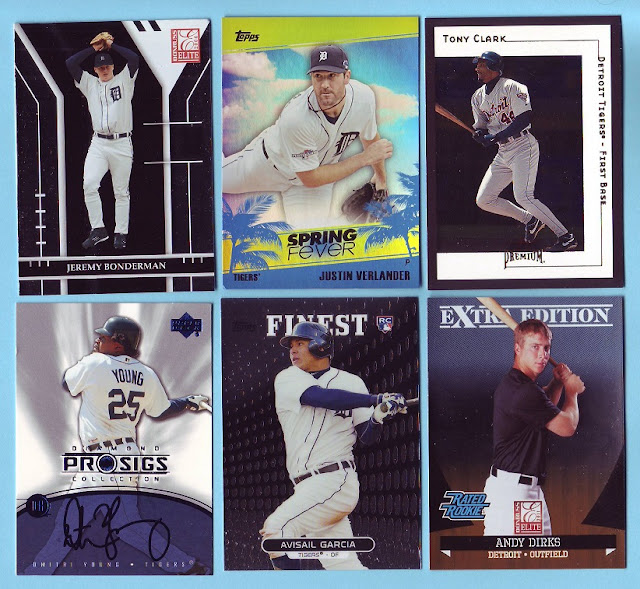 Another reminder from Verlander that Spring Training is upon us! Eulogio 'Frankie' de la Cruz, 31 years old and done. The card is better-looking than his short MLB pitching career numbers of  0-0 and 8.16 era and 11.57era with the Mud Hens. 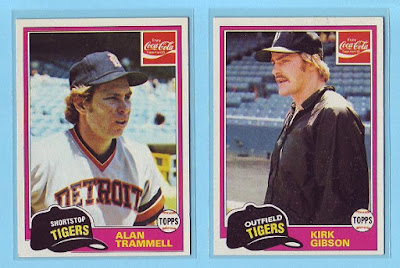 Have a Coke and a smile, along with a couple of great cards from 1981 Topps! 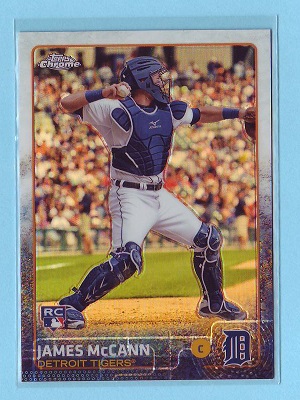 2015 Topps refractor of my favorite new catcher, James McCann.  I'm hoping big things for this young man. He appears to call a good game and hits the ball!
And finally, this gem of a card from Panini's 2015 Black Friday giveaway.  Thick and numbered 18/50,  Joc Pederson.  Super nice card to own!! 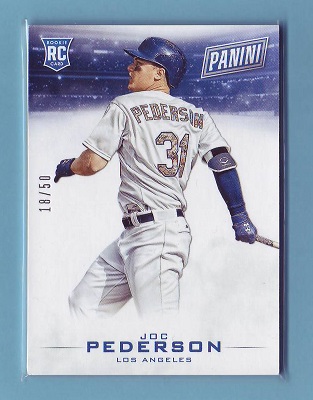 Mark, thank you - not just for these cards but for taking Update off my hands.  Oh I have more to ditch on some needy collector.  Just ask for it.  Please - ask.


Another fun blogger, Steve from the Card Chop, sent a another great mix : 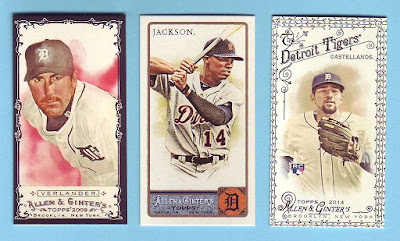 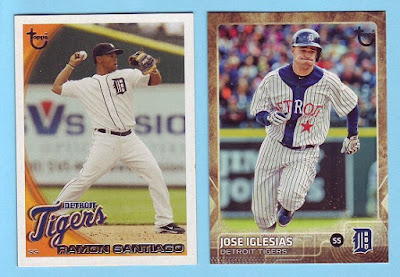 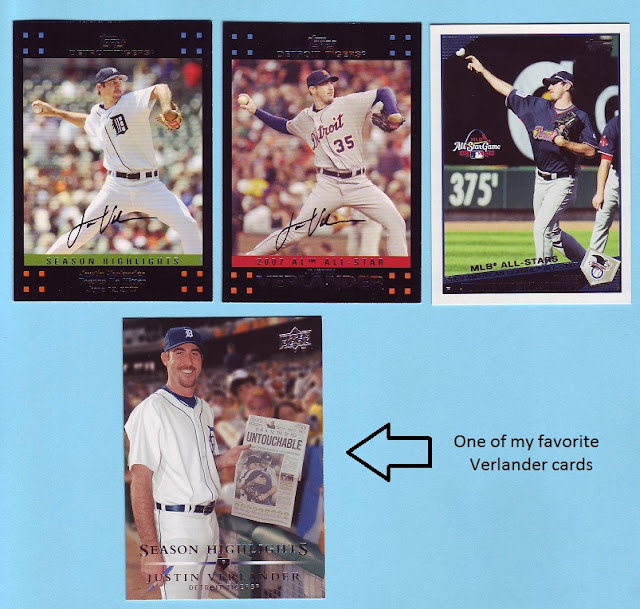 Verlanders, featuring 2008 Upper Deck.  The headline celebrates his no-hitter against the Brewers on June 12, 2007.

2002 Topps Gallery - great design
The Gallery set is one I've paid little attention to.  I need to look over the checklist to see what I've missed.  A very clean design! 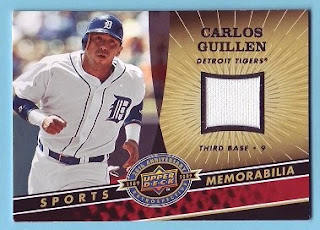 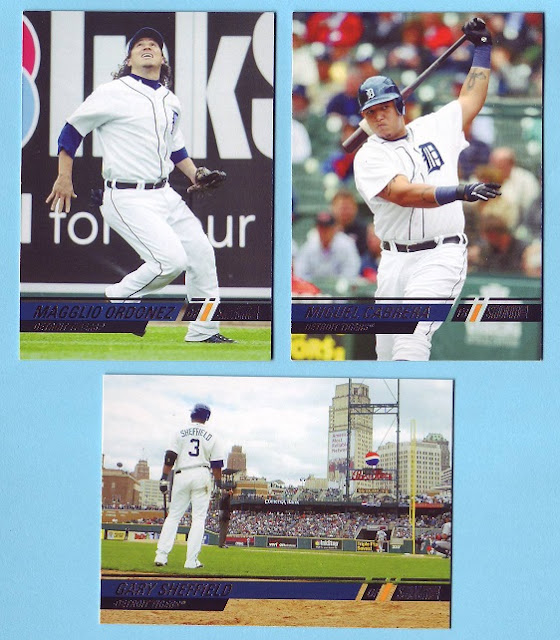 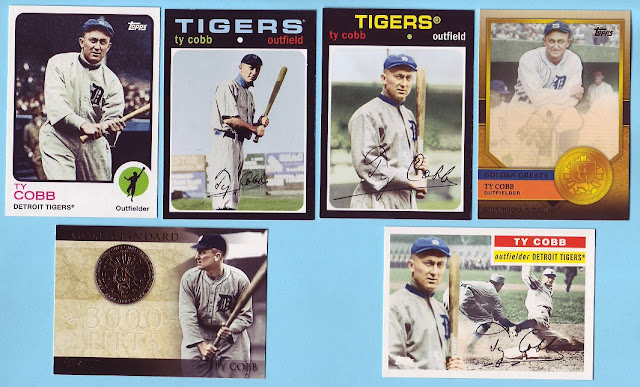 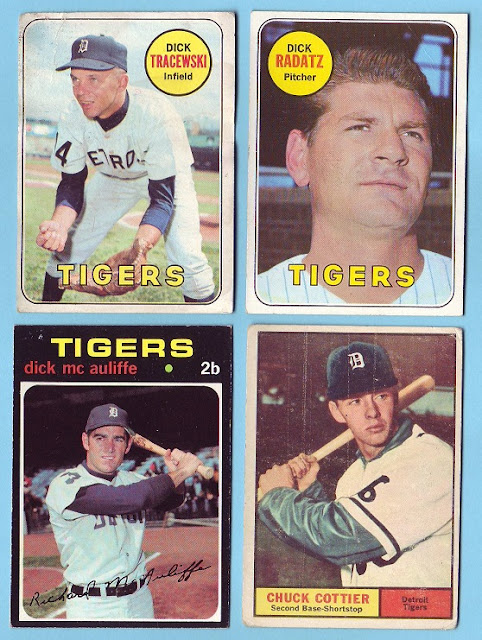 Steve included great vintage too, featuring Topps from 1969, 1961 and 1971.  Steve, thank you!  Thanks for your patience too!  I've been a bit overwhelmed but no less than appreciative!!


Do we have time for one more??  Why yes, we do.  Nick from the Dimebox took a little time to put together another fun package.  These always include the odd and a vintage card or two plus cards for my PCs. 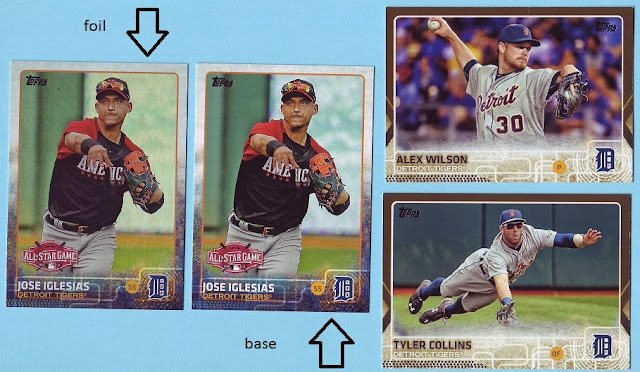 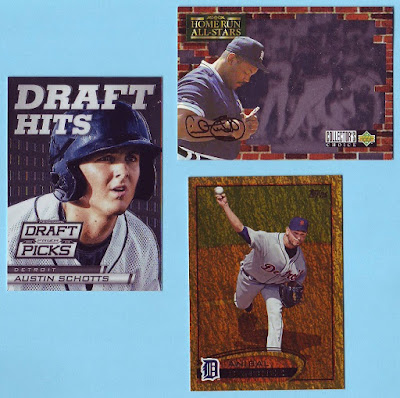 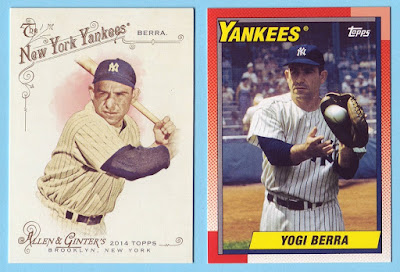 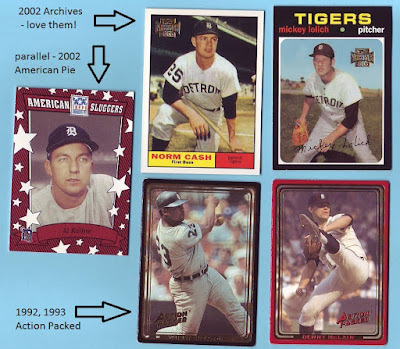 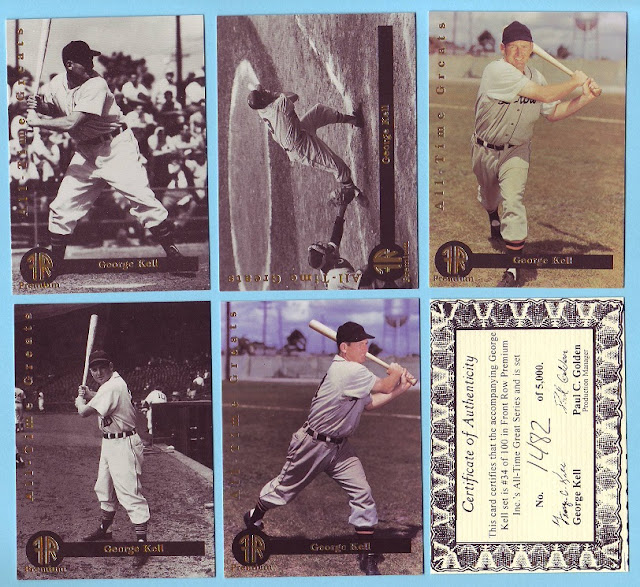 I love adding these sets from Front Row featuring the All Time Greats. This 1995 issue pays tribute to HOFer George Kell: 19 years, 2054 hits, .305 average.
Nick hit a PC with Altuve.  Altuve loves the game and it shows with every play and at bat. I hope he's in the game for years to come.  I'd love to see Altuve stay with the Astros for the better part, if not all, of his career.  Odds of course are it won't happen. The Franchise Flashback features him in a Houston Eagles uniform, a Negro Leagues team in 1949/50.  Just an awesome and colorful card! I believe Nick pulled the patch card.  Thanks for thinking of me!  A great card to add! 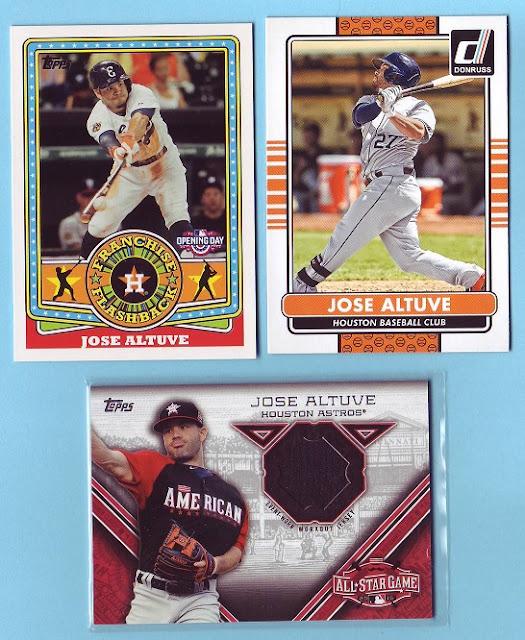 This package from Nick would not be complete without a food issue and some vintage.  1981 Drake Bakeries Steve Kemp and Topps 1964 Lumpe and 1965 Lolich.  The 65 design is a hard one to beat. 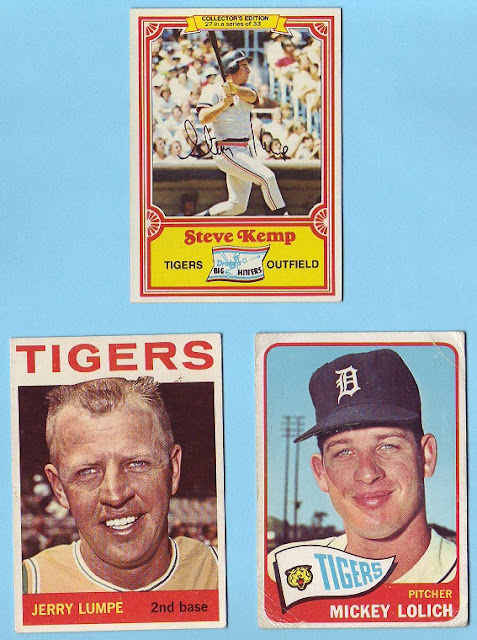 Three great trade packages!  I highly recommend trading with these fellows!  Take a moment to check out their blogs.  Forthcoming on this blog will be a small box break for the newly formed Super Traders Group.  I'm honored to be included among them. I can't do high end cards but perhaps something from the early to mid-90s would be fun, like 91 Topps or Donruss.  Ok, that's a joke.  Just calm down everyone.  I'm not THAT cheap!
Posted by acrackedbat