A Wise Owl Who Gives a Hoot

I don't trade often with Strigiformes but when I do, it's Night Owl. Most owls are nocturnal raptors. Our writer/collector friend is likely not descended from a feathered family but I haven't seen him. My guess is no.  If he were, I wouldn't cast judgement.  I loved the movie "Ladyhawke" as a teen.  Mr. Owl sent a fine cardboard assortment this summer, clearing cards off my wantlist. Set help, vintage and wax cartoons; all are equally appreciated!

Chipping away at 2010 History of the World Series: 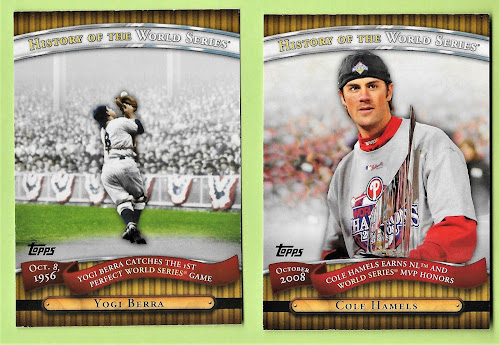 This could be blasphemy to some hardcore A&G collectors -  I am not a Ginter fan. Collective gasp. I haven't purchased more than a few blasters ever, never a hobby box and nothing in the past three years. There is however, an insert set most every year that appeals to me and I always enjoy player minis. These were all on my list: 2010 Cobb gold mini, 2017 What-a-Days and 2019 Ginter Greats. 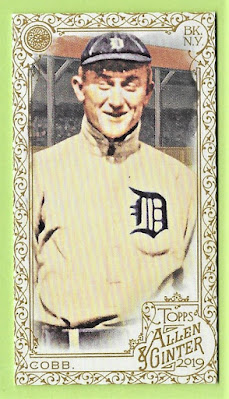 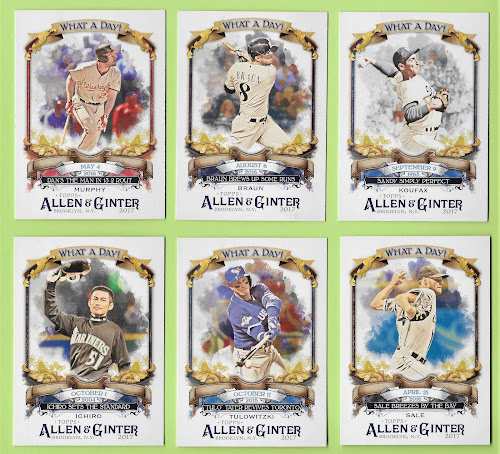 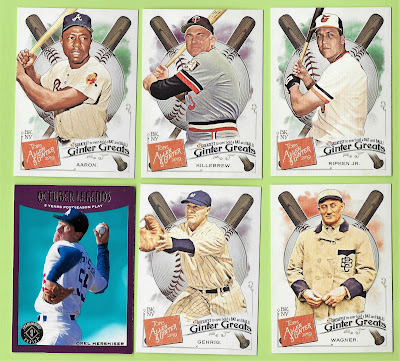 Hey kiddos! Which one doesn't belong? Not that he wasn't great in his day, Orel was needed to fill a binder spot in my 1995 SP Championship October Legends subset.  Greats has bats which sucked me right in.  The WADs checklist is broad and design uber colorful. I likes 'em!  I like vintage too - hoot doesn't? 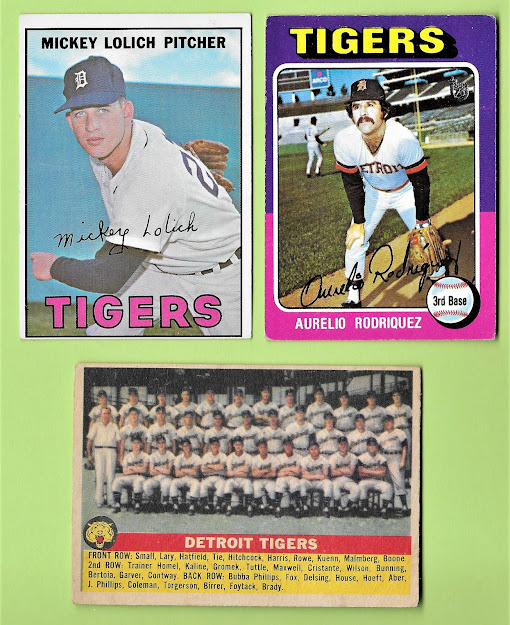 1979 Cartoons! Is it any wonder LeFlore stole 68 bases? Ron's led a difficult life. It would appear his struggles continue.  When I read the first cartoon, the horrible person in me said "the ball is dead and so is Rusty."  Rusty owned a couple of Manhattan restaurants later in life. The 73rd Street location held an annual rib-eating contest won in 1980 by this young actress.

I was a shy, naive young teen in 79. Collecting then would have soothed my troubled soul. Introverted and afraid of the world, I had no idea baseball cards existed. This may be difficult for any lifetime collector to believe. It's never too late to have fun so here I am!

Thanks Night Owl! Oooo, you DO have feathers! 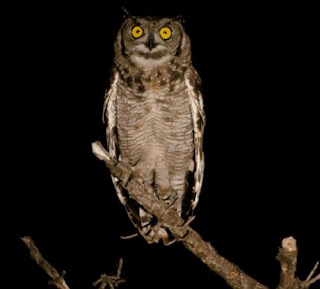 Who among you loves 80s nostalgia? Who among you ever said their favorite sets of 1989 were Topps and Score? WHO?  I'm honestly not sure where these sets land in popular majority.

Candidate A is a shared ticket. Each suffers poor self-esteem, all these years later. Together, running mates Topps and Score hope to win your vote. They bring you warm memories of the Bash Brothers and Nolan Ryan. Topps' checklist is 792 cards long.  Score 660 cards!  Who wouldn't want to own a Nelson Santovenia rookie card? 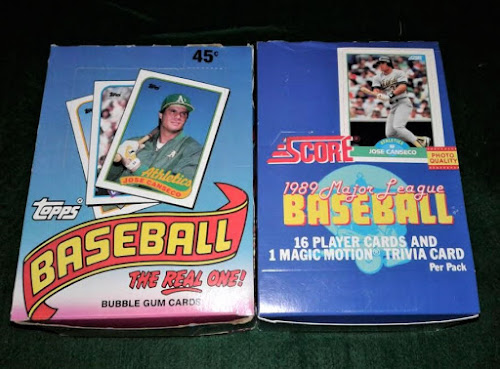 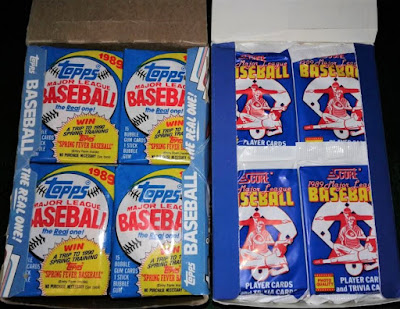 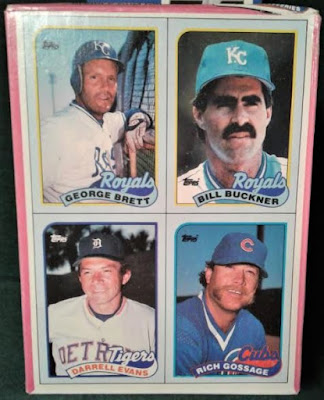 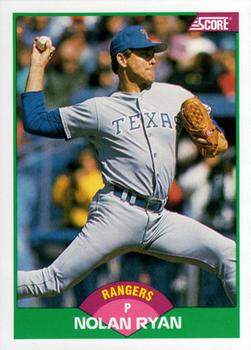 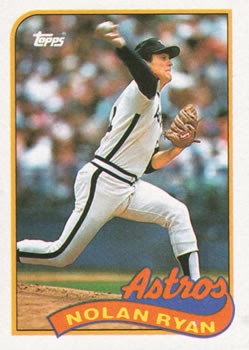 Before you allow thoughts of sweet-smelling Topps gum to take over your senses and sweep you back to 1989, you may want to stop in 1993 for a look around. Donruss came to the game with white borders and sweet inserts. As years passed, base cards were buried in nickel boxes and inserts forgotten; replaced with shiny, prizm-y, refractory, fancy colored foils. Well people, 1993 is back.  If the simply designed base cards don't tickle you in the right places, maybe a  look at the inserts will. Diamond Kings, Spirit of the Game and Elites are all possibilities.

CANDIDATE B needs no running mate.  Series One: 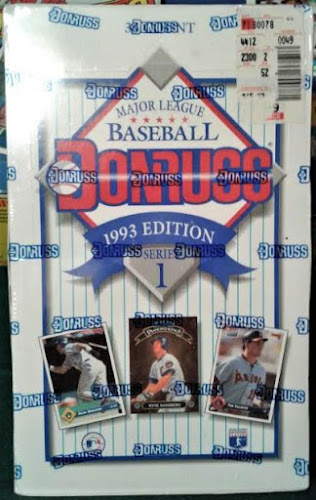 One tough card! I no longer own Alomar but it took a full case to pull! 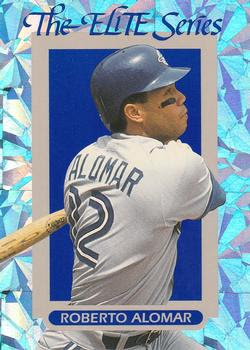 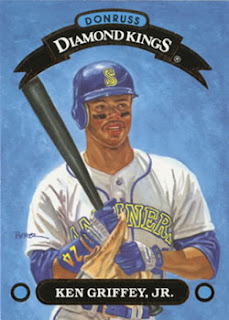 Spirit of the Game themed front/back: 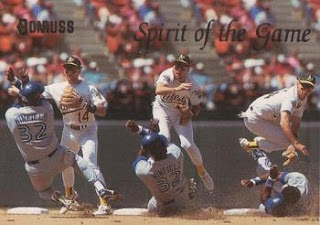 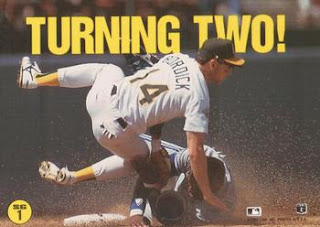 Review the rules, make your choice and vote!