Not Jackson. The other Bo. The one that matters.

Most of you are aware that Bo Rozny won the Cracked Bat Ballot Box contest in November. He racked up a lot of extra votes with his mail-in bribes ballots. Who says you can't vote more than once? Not a single fraudulent mail-in ballot was received at Cracked headquarters.

October brought in the PWEs like fall puts leaves on your lawn. Every couple of days I'd find Bo's return address on my mail. There were cards featuring PC boys: 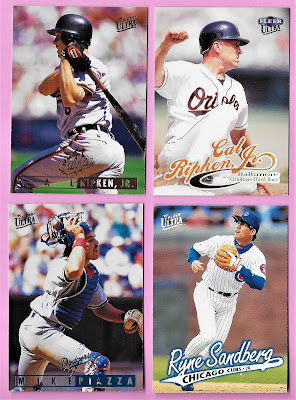 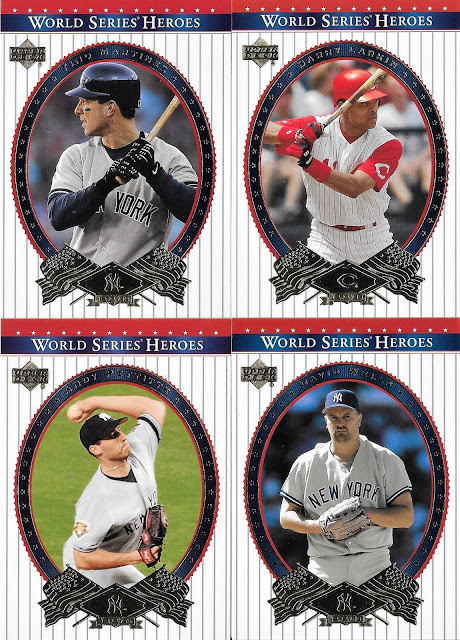 I left the hobby in 2002 so missed out on these beauties. I'd like to have the first 90 cards from the set and still need 60. Hint Hint.  I love the red, white and blue design and pinstriped background.  These will look nice in my RW&B collection. Bo loves his Yankees as you may have noticed 3 of the 4 cards are Bronx Bombers.
1999 Fleer Tradition: 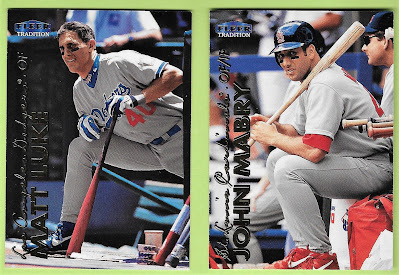 There's an obvious bat-theme here. I'll be adding more cards from this set to my wantlist. Fleer made great photography choices in 98 and 99.  I'd buy a box now if 'bricking' weren't a concern. Have any of you opened product from 98 or 99 without this issue? Early to mid-90s are a no-bust for me.
Staying with the bat-theme, here's an excellent lot of 70s vintage. A couple were doctored up by a previous owner but we can overlook that. 1971 Clendenon features only one bat but catches him seemingly unaware of the camera. I like shots like this. 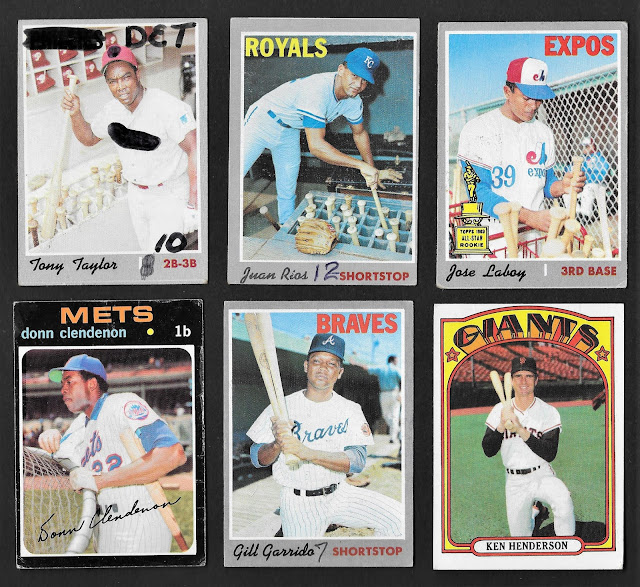 A slew of Tiger vintage featuring greats like Lolich, McLain and Cash: 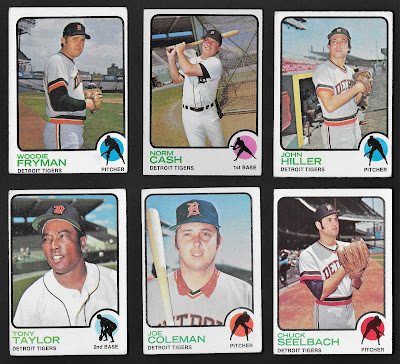 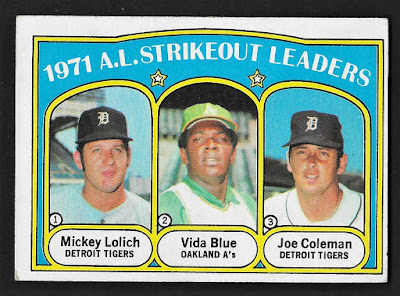 Bo remembered my love for 70s baseball and catchers with more 73s: 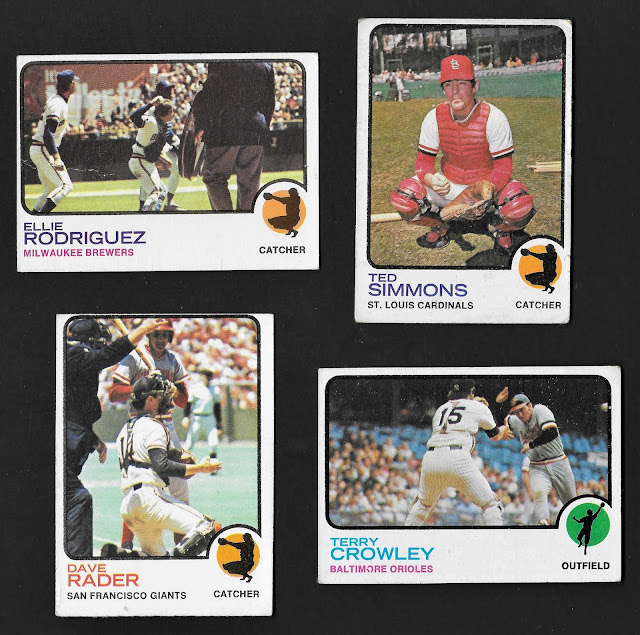 I'd love to one day complete a set from the early 70s. I love 72 and 75 the most but know they can be buggers to finish. While it holds many great cards like those shown above, the 1970 design bores me a little, and 71 is gorgeous but has those tough black borders. 1973 has a classy design with so many wonderful photo choices. I toy with the idea. Bo's already made a dent in it for me! I already own nice copies of Aaron and Clemente.  The Schmidt rookie will be the big one as well as a mint copy of card number one featuring Ruth, Aaron and Mays. How hard is a 73 build? Do tell.
I'm gonna miss election season. We may have to do this again in four years' time!
Posted by acrackedbat

Email ThisBlogThis!Share to TwitterShare to FacebookShare to Pinterest
Labels: 1971 Topps, 1972 Topps, 1973 Topps, Baseball Cards Come To Life, I am not a crook, post number 200!, THE CRACKED BAT BALLOT BOX