I was ten years old in the Summer of 74, sheltered and oblivious to the war, peace movements - most any news that wasn't pleasant.   I spent those months free from school, riding my purple bicycle with my most prized possessions in the flowered basket.  I took my comics books and Highlights magazines everywhere I went, which was really only three houses in either direction of my own. My mother was somewhat overprotective, so it seemed anyway.   If I close my eyes, that summer comes rushing back so easily. 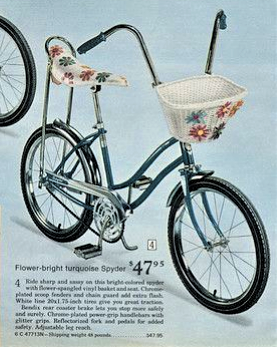 I discovered music that year and begged for a radio of my own. We had so little money that a radio of any kind was a sacrifice for my parents. But I was very specific and asked for this one: 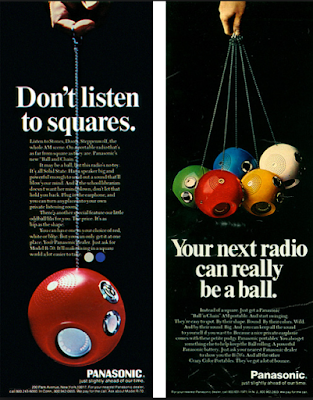 Holy smokes, I got it!!  Picnicking at Lake Thunderbird, I listened the whole day long, carrying that little ball on a chain until the battery died. I didn't realize batteries had a very limited lifespan.  With this little radio by my ear, there were many songs I waited for: Band on the Run, I Shot the Sheriff, Billy Don't Be a Hero {I was ten...} The Show Must Go On.   Oh, how I still love this music!

But the one song that takes me back to that muddy red lake every single time is Rikki Don't Lose That Number.  Why that song in particular,  I don't know.  The bass line and chimes hold me spellbound.  Even now,  when hearing it on the radio I find myself at the lake - drinking Shasta cola, listening to Steely Dan on KOMA.   That was innocence.  My mom would die the following April.  The next year would leave my life forever changed and 1974 would be the last real summer of my childhood.  My father would make the first of many poor decisions that would eventually destroy our family.

When I came upon the blog Summer of 74, it was a magnet.  I can't see this blog's name without feeling the emotions associated with 1974.  Author and Brewers' fan,  Matt Prigge began his blog in February 2017 focusing on the quest to have as many of his 74 Topps cards signed as  possible.  He's become an active trader, hosting contests, and winning over readers with his charm - and pictures of his pet rats.  Matt initiated a  trade with me, dropping a Tiger friendly package my way. I have over one hundred Catalanottos cards and two autographed, cracked game-used bats.  I plan to scale down the card collection.  If anyone else collects Frank, speak up.  Most show him in the Rangers uni.  Studio was great in 98!  This card stays with me!

Matt included a nice mix of Verlanders and Miggs.   Red foil parallels from 2014 Topps are always appreciated.   I have very few 2016 Flakes, all from trades.  I managed to resist the virtually non-existent temptation to purchase this holiday release. 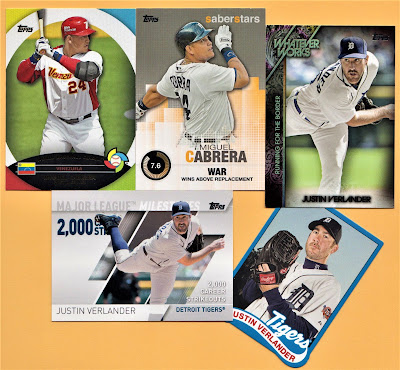 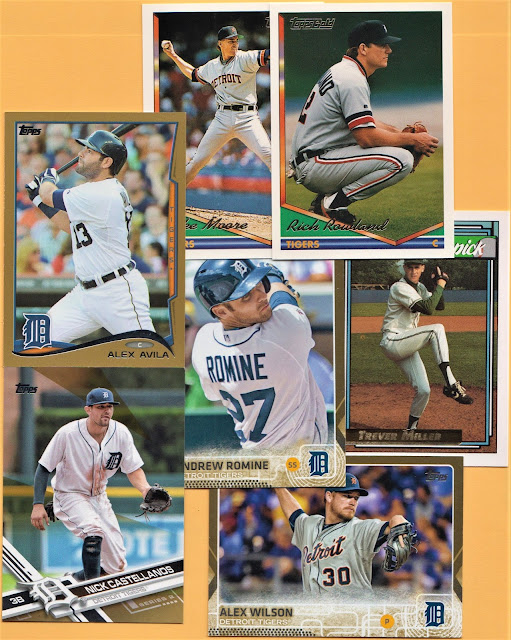 Matt, thanks for reaching out!  I will enjoy these cards!!  Give the rats a chin scratch for me!

As for my little radio, it's long gone.  In attempts to piece my childhood together again, I found an identical, new-in-box Panapet on ebay a few years ago.  I still haven't put a battery in it.  As long as my radio is safe in the box, it's still 1974 and life is perfect.